Myomectomy is the surgical removal of fibroids while leaving the uterus in place. Because a woman keeps her uterus, she may still be able to have children. If a woman does become pregnant after a myomectomy, the baby may need to be delivered by cesarean birth. Sometimes, though, a myomectomy causes internal scarring that can lead to infertility.

Myomectomy is a major surgical procedure, as major as a hysterectomy. The risks and recovery times are similar. A myomectomy is only done to preserve fertility in woman of reproductive age when future fertility is desired.

During myomectomy the position and size of the fibroids will be determined. At times removing all the fibroids could cause complications which make a hysterectomy unavoidable. If a hysterectomy is performed then a woman can not become pregnant. Some fibroids may be left in place in order to preserve the uterus to allow future pregnancy.

Fibroids do not regrow after surgery, but new fibroids may develop. If they do, more surgery may be needed.

Myomectomy may be done in a number of ways:

The method used depends on the location and size of the fibroids. In laparotomy, an incision (cut) is made in the abdomen. The fibroids are removed through the incision. In laparoscopy, a laparoscope is used to view the inside of the pelvis. Other tools are inserted through another small incision to remove the fibroids.

Myomectomy has risks, including bleeding and infection. Hysteroscopy may cause other problems related to the use of fluid during the procedure. Your doctor can explain all of the risks to you.

It is helpful to know what to expect before any major surgery. A physical exam is performed a few weeks before your surgery. Within 2 weeks of the surgery a Preop Appointment is scheduled with your physician to discuss and finalize plans for the type of surgery to be performed and to be certain all questions are addressed.

Lab tests may be done at or after the preop appointment. A chest X-ray or electrocardiography (ECG) may need to be done for some patients.

A laxative may be recommended before the day of surgery. Eat lightly the day before.

Some medications are given on the morning of surgery with a sip of water only. 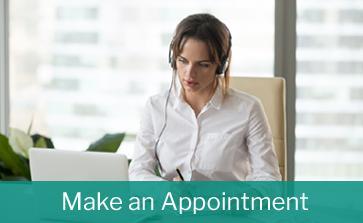